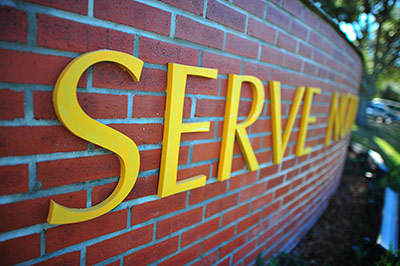 March 13, 2015 (Jackson) - Belhaven University will host and highlight missionaries from around the world during the annual 2015 Missions Emphasis Week on March 23-28. The week serves to educate students on how to get involved with different ministries both locally and nationally to share the love of Christ and the Gospel. Students will also have the opportunity to participate with mission projects during the week.

"I personally think it's important for our students to get involved in missions work because it's great exposure to serving others and inevitably immersing in another culture,” said Anna-Maria Russo, Ministries and Programming Coordinator for the Belhaven Leadership Council. “Many people have found their passion for missions only after getting involved in a first hand experience, and this week will offer students that first step."

The schedule for 2015 Missions Emphasis Week includes a variety of activities. Guest speakers such as Jeff Shaw from the anti-trafficking ministry From Out of Darkness will talk with students and take part in Q-and-A session. The Ike Ndolo Concert will coincide with Missions Emphasis Week and take place on Tuesday, March 24. We Will Go Hands and Feet Night will be a time of food and fellowship with a local homeless ministry.  Other events such as the Missions Fair, International Students Fair and service project at the Jackson Zoo will close out the week.