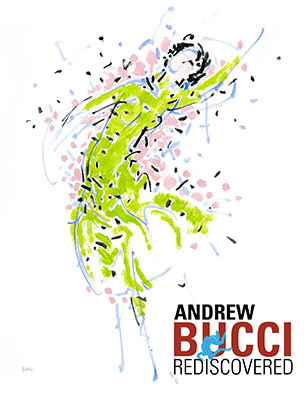 May 11, 2015 (Jackson) - Dr. Roger Parrott, president of Belhaven University, announced today that the university will present a major exhibition of the art of Vicksburg native Andrew Bucci (1922-2014). One of Mississippi’s most celebrated artists, Bucci died last year at age 92. "Andrew Bucci: Rediscovered" will be the first exhibition of the artist’s work since his death and the first exhibition exclusively presenting his work in Jackson.

The exhibition will consist of 29 oil-on-canvas paintings, one major work on paper and six needlepoints. All of the works are from Bucci's estate, and many will be exhibited to the public for the first time at Belhaven University.

“Belhaven University is a leader in fine arts education for students from Mississippi, the United States and abroad," Parrott stated. "I am delighted that Belhaven University is presenting this exhibition of Andrew Bucci, one of Mississippi’s most outstanding artists. Without doubt, this exhibition will serve as a catalyst to ignite the interest of our students, art lovers and art scholars alike in recognizing the artistic genius of Andrew Bucci.”

"Andrew Bucci:  Rediscovered” will be presented May 26 through Aug. 29 at Belhaven University's Bitsy Irby Visual Arts & Dance Center on the main Jackson campus. The gallery is open Monday through Saturday from 10 a.m. until 4 p.m. and is closed on Sunday. Admission is free.

Jack Kyle, organizer of the exhibition and Senior Director of Arts Development at Belhaven University, became interested in organizing an exhibition for Bucci after meeting the artist last year during the USA International Ballet Competition in Jackson. Bucci's painting, Figure in Green, was selected as the signature image for the 2014 IBC commemorative poster and program.

"I was surprised to discover that although his works are in permanent collections of many major museums, especially in the Southeast, he had never had an exhibition devoted exclusively to his work in Jackson," Kyle said. "That's when I conveyed to Mr. Bucci my interest in organizing an exhibition of his art at Belhaven University, and I also invited him to curate it. He enthusiastically accepted."

Bucci had begun selecting works from his personal collection when he died on Nov. 16 after a brief illness. Family members wanted the exhibition to proceed and continued preparations with 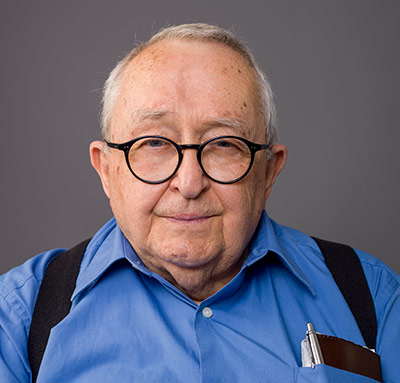 Bucci graduated from St. Aloysius High School in Vicksburg and received a degree in architectural engineering from Louisiana State University. After the outbreak of World War II, he was trained as a weather officer at New York University and served on air bases in England and Scotland. After the war, he was stationed for several months at Orly Air Base near Paris and took life-drawing classes at the Académie Julian.

Bucci was influenced early in his career by Marie Atkinson Hull, a 1909 Belhaven (College) University graduate and one of Mississippi’s foremost artists of the 20th century. Around 1940, Bucci began taking art lessons from Hull in her home on Belhaven Street in Jackson. Over the course of their lifetimes, they forged a mutually influential relationship that was reflected in their paintings and continues to be studied by art scholars and historians.

Bucci earned a B.F.A. in 1951 and a M.F.A. in 1954 from the School of the Art Institute of Chicago. In the late 1940s, he was among the original group of artists to exhibit work and teach at Mississippi’s first art colony at Allison’s Wells Hotel in Way, Mississippi.

Bucci moved to the Washington, D.C. area in 1956 to work as a meteorologist for the National Weather Service but continued his affiliation with the Mississippi arts community. His painting of a magnolia blossom appears on the 5-cent U.S. postage stamp issued in 1967 for the 150th anniversary of Mississippi statehood.

“Andrew Bucci:  Rediscovered” will be accompanied by a full-color, illustrated catalogue designed by Liquid Creative, a Jackson-based full-service branding, advertising, and marketing agency, with photography by James Patterson, and written by Erika S. Olinger and Margaret Bucci. Framing for exhibition artwork is provided by Brown’s Fine Art & Framing. Other entities assisting in the exhibition include: The Manship Wood Fired Kitchen, Hederman Brothers Printing, and Regions.  Special appreciation to the Andrew Bucci Estate.