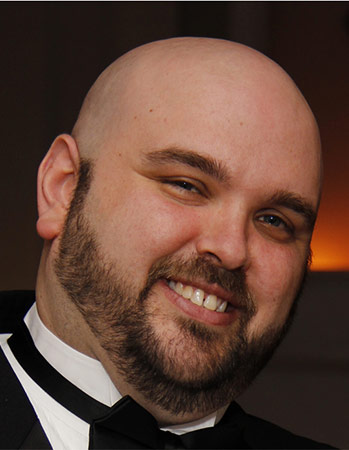 May 5, 2015 (Jackson, Miss.) – Belhaven University will welcome Dr. David Sollish as the new Associate Professor of Musical Theatre. He has worked with the best and brightest from Broadway and Hollywood and has been a part of over 300 productions. He has 30 years of experience in acting and 15 years of directing, he brings a vast knowledge with him to share with Belhaven theatre students.

He is an active member of the Actors’ Equity Association, Society of Directors and Choreographers, American Society for Theatre Research, Association for Theatre in Higher Education, Mid-American Theatre Conference, Puppeteers of America and Kennedy Center/American College Theatre Festival. He has presented workshops and papers at most of the conferences associated with these organizations, as well as at the Missouri State Thespian Festival, the Illinois State High School Theatre Festival and the Mosaic Invitational in Detroit, Michigan.  He has articles published in Theatre Journal, The Sondheim Review, and Theatre and Christianity.

He has worked with Tony Award winner Christian Borle, Eddie Mekka (Carmine from Laverne and Shirley) and Joe Manganiello (True Blood, ER, Spiderman). Dr. Sollish’s professional directing credits include: The Will Rogers Follies, Disney’s Beauty and the Beast, The Sound of Music, Little Shop of Horrors, Honky Tonk Angels, Annie, Oliver!, A Midsummer Night’s Dream, Doubt, Twelfth Night and The Tempest among many others. Dr. Sollish’s professional acting credits include Sweeney Todd (Sweeney & Judge Turpin), Chicago (Amos Hart), Fiddler on the Roof (Lazar Wolf), Seussical the Musical (Horton), Oliver! (17 productions), The Tempest (Prospero), Romeo & Juliet (Capulet & Friar Laurence), Death of a Salesman (Uncle Ben). The Odd Couple (Murray), and The Sound of Music (Max) among many others.  He has worked at numerous regional theatres and summer festivals from Chicago to New York, Pittsburgh to Florida and everywhere in between.

Dr. Sollish’s expertise comes at the perfect time when Belhaven’s 2015-16 theatre season was just announced and many of the performances are musicals. This year’s plays will include Doubt, Little Shop of Horrors, Shrek, Doctor Faustus, Ghost Stories of Mississippi and 'Night, Mother.

When not engrossed in the world of theatre, Dr. Sollish loves spending as much time as possible with his wife Kelsey and their Beagle-German Shepard mix Lucy.  As a family, they love Bible study, church activities, baseball, hockey, film and all things Disney.