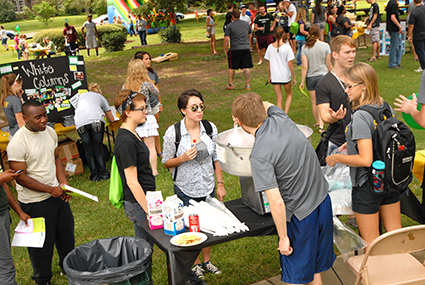 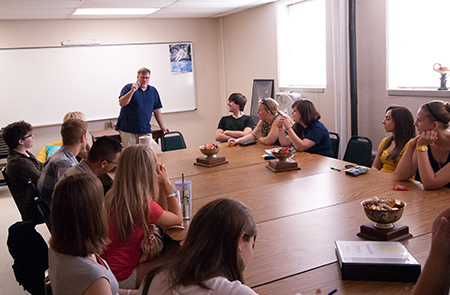 August 31, 2012 (Jackson) - Belhaven University’s fall enrollment shattered all previous records with a total of 3,725 students across all seven campuses. This is an increase of 433 students over last year, and a one-year jump over 13%.

Dr. Roger Parrott, Belhaven University President, noted, “When I saw the final number, all I could say was ‘wow!’ Our academic reputation is gaining a broad reach, but I never imagined we could have such a dramatic enrollment increase in one year.“

The University enrolled 1,150 traditional age students (18-22) on the main Jackson campus, causing leaders to utilize every available space to meet student needs. When combined with the University’s 930 adult and graduate students at the Lefleur’s Bluff building on I-55 North, Belhaven is serving nearly 2,100 students in Jackson.

Enrollment for Belhaven’s branch campuses in Memphis, Houston, Orlando, Chattanooga, and Atlanta broke the 1,000-student mark for the first time. The 25% increase occurred at a time when many institutions offering adult degree programs are facing declining enrollment.

Belhaven also saw rapid growth in its online degree program for undergraduate, graduate and high scholar (high school) students, with an increase of 203 students. After six years, Belhaven’s online program boasts a total of 540 students, a dramatic increase from its very first online class of 5 students in 2006.

The University’s enrollment in Jackson includes 84 international students, up from 51 a year ago. Students from 28 countries are studying on the Jackson campus with the largest groups from Brazil, South Korea, Columbia, United Kingdom and France.

“We are thankful for each student God has brought to us, and we look forward to helping them grow academically and spiritually, to become prepared for a life of significance and service,” added Dr. Parrott.