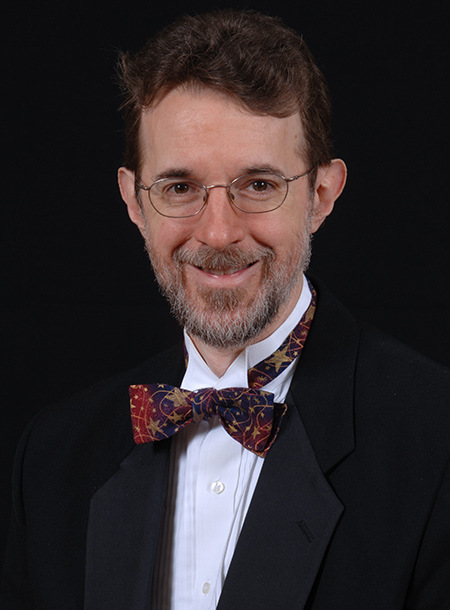 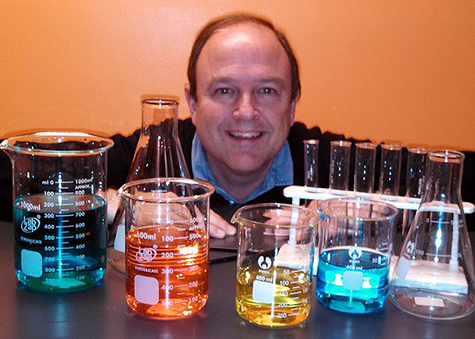 June 24, 2013 (Jackson) - Dr. Andrew Sauerwein, composer and Associate Professor of Music, recently had the privilege of hearing his newest arrangement performed by a world-class pianist and Julliard-trained musicians at the premiere of his new work in Oak Ridge, Tenn. His composition entitled “Sakharoviana” was included in a concert honoring Russian physicist, winner of a Nobel Peace Prize and human rights activist Andrei Sakharov.

The Isotone Concert Series focused on the intersection between music and physics and included other works of physics interest, the “Prelude and Fugue in D Major” by J. S. Bach, and Eddlemon’s own “Labware Leggiero,” played upon various glass beakers, flasks, and test tubes. Renowned pianist, Emi Kagawa with Scott and Susan Eddlemon performed Dr. Sauerwein’s work to a crowd of music lovers and scientists.

At the concert Dr. Sauerwein had the opportunity to briefly talk with the audience about the writing process that began with his researching Sakharov. “I read some biographical sketches and commentaries. Out of this research, a musical narrative took shape, focused ultimately on God’s 'common grace' expressed through Sakharov’s legacy of personal character and perseverance,” said Dr. Sauerwein.

Dr. Sauerwein wanted his music to represent physics and purposefully arranged each movement to evoke the physical design and function of a Tokamak nuclear reactor. A Tokamak nuclear reactor is large doughnut-shaped electromagnetic field used to contain and control a hydrogen fusion reaction. Dr. Sauerwien adds, “A tension is evident in the music for each movement. For example, 'Balance of Power', and is really sustained throughout the work, until the closing chords provide release."

Some of the physicists who attended the concert approached Dr. Sauerwein after the performance and made the observation, "My friends and I have spent half our careers working on Tokamak reactors—and the third movement sounded exactly like a Tokamak."