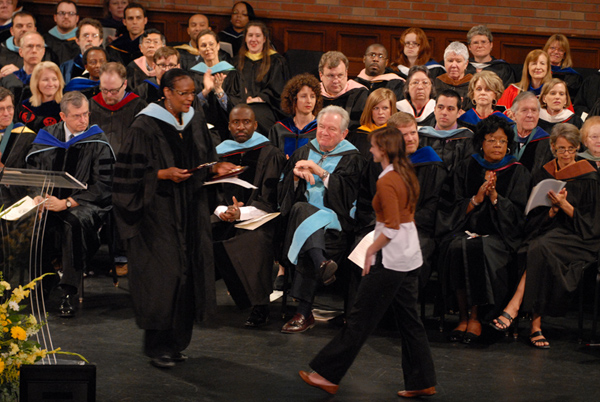 May 10, 2012 (Jackson) - Belhaven University's Annual Honors Convocation awarded some of the highest academic honors to the year's top performing students on April 10.

Many academic awards were presented to students who not only achieved scholastic success, but also showed character, service and spiritual growth. Faculty presenters praised the accomplishments of students and proudly announced the honors award winners.

Congratulations to the following award recipients for 2012: